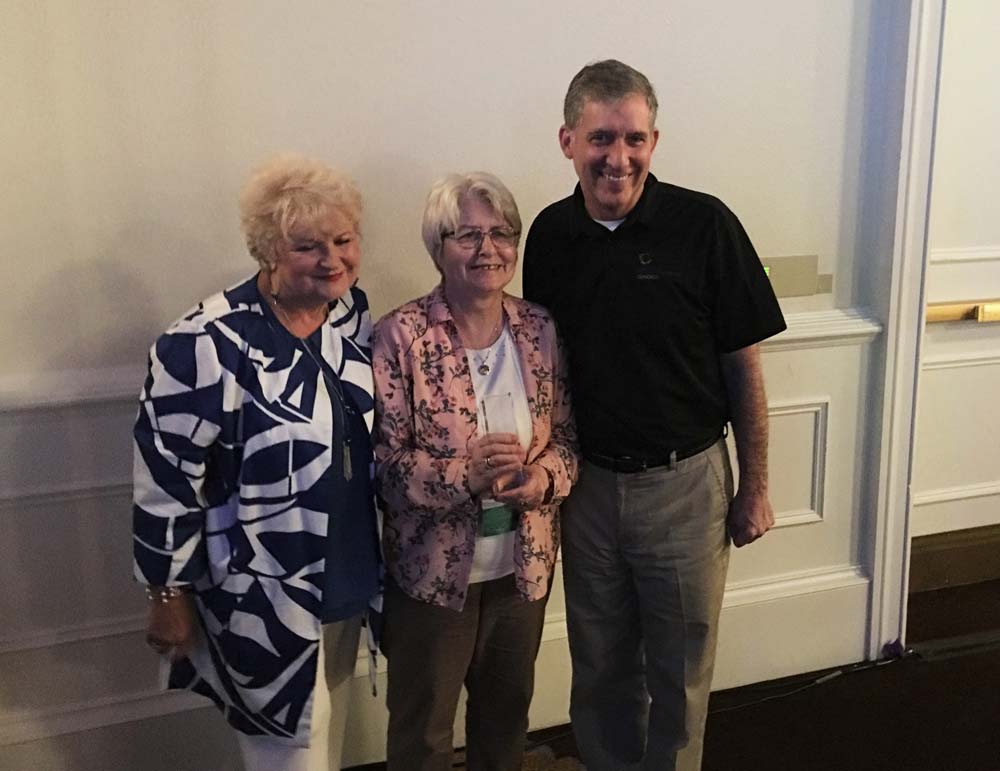 DSE's Director of Science and Research, Professor Sue Buckley OBE, has been presented with the National Down Syndrome Congress' Education Award for her work improving education for children with Down syndrome.

Professor Sue Buckley OBE was presented with the National Down Syndrome Congress' Education Award "for improving the lives of children with Down syndrome by developing innovative research-based education techniques."

The award was presented at the Opening Plenary Session of the National Down Syndrome Congress' 44th Annual Convention in Orlando, Florida, USA.

Accepting the award, Sue spoke of the importance of expanding educational research at a time of limited funding and alternative research priorities - noting how it was one of only a few areas of scientific research with a track record of delivering sustained benefits for young people with Down syndrome today.

Sue also called renewed efforts to campaign for genuine full inclusion in all aspects of life for people with Down syndrome - insisting it is a fundamental human right to be accepted and supported as a fully participating member of our communities, and calling for action to tackle the wide variation in educational provision and services seen across the US.

Sue Buckley is also a previous recipient of the National Down Syndrome Congress' Theodore D Tjossen Research Award (2005). Sue was awarded an OBE for her services to special needs education in the Queen's 2004 Birthday Honours List.
Share this page:
Follow us: